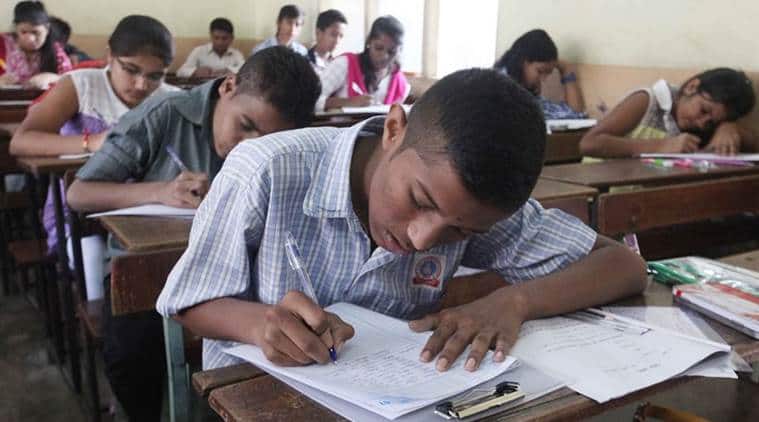 “The feasibility of indicating percentile score in addition to percentage of marks or grades in the marks statement of the students may also be analysed,” state the minutes of the meeting. (Source: File)

The Ministry of Human Resource Development has asked the heads of CBSE, CISCE and NCERT to explore the feasibility of indicating Class XII results in percentile score, amidst reports of liberal marking by school Boards to give their students a competitive edge.

The ministry is learnt to have held a meeting on August 3 on the practice of ‘marks moderation’ and ‘grace marks’ followed by the boards. It was attended by R K Chaturvedi, chairman of the Central Board of School Education, Hrishikesh Senapaty, director of the National Council of Educational Research and Training, Gerry Arathoon, head of the Council for the Indian School Certificate Examinations, and the then school education secretary S C Khuntia, who was recently appointed chief secretary of Karnataka.

According to the minutes of the meeting, Khuntia suggested that CBSE, CISCE and NCERT form a committee to “develop a sound procedure” for marks moderation that can be recommended to all Boards for the sake of “uniformity, objectivity and clarity”. The panel could commission statistics experts from the Indian Statistical Institute (ISI), IITs and any other reputed institute for this purpose, he advised.

“The feasibility of indicating percentile score in addition to percentage of marks or grades in the marks statement of the students may also be analysed,” state the minutes of the meeting.

A percentile rank or score explains how well an examinee did in comparison to other test takers, while a percentage score reflects how well a test taker did on the test itself. So, for instance, a 99 percentile would mean the student scored better than 99 per cent of students who took the test. The suggestion to explore the feasibility of using percentile rank in Board results was made as percentiles are difficult to manipulate at the institutional level and remain largely immune to any distortion caused by awarding higher marks.

Speaking to The Indian Express, Arathoon confirmed his presence at the meeting on August 3. “This was just a preliminary discussion. There could be more meetings on this (issue). We are not ready to tell you anything more on this at this moment,” he said.

Chaturvedi, Senapaty and Khuntia were not reachable for comment. Moderation of marks is a common practice adopted to “bring uniformity in the evaluation process”. In other words, marks scored by students are tweaked to align the marking standards of different examiners, to maintain parity of pass percentage of candidates across years, and to compensate students for difficulties experienced in solving the question papers within the specified time.

This practice, however, has been often blamed for the inflation of Board results witnessed across school Boards over the last few years. For instance, the number of students scoring 95 per cent and above in the Class XII examination conducted by CBSE rose 23 times in six years from 384 in 2008 to 8,971 in 2014. This trend has forced the country’s best universities to raise the eligibility bar dramatically for applicants. Last year, two colleges affiliated to Delhi University set the admission threshold at 100 per cent for admission to their BSc (Computer Science) course. Very recently, CBSE had come under fire after it was revealed that the Board awarded as many as 16 marks extra to candidates in this year’s Class XII math exam.

However, CBSE is not alone in this. Delhi University’s Shri Ram College of Commerce this year admitted a large number of students from Tamil Nadu who scored higher than their counterparts from other state Boards. The HRD ministry informed Rajya Sabha that 129 of the 188 BCom (Hons) candidates accepted by the college on the first day were from TN, including 33 from a single school — Bhartiya Vidhya Bhavan in Erode.